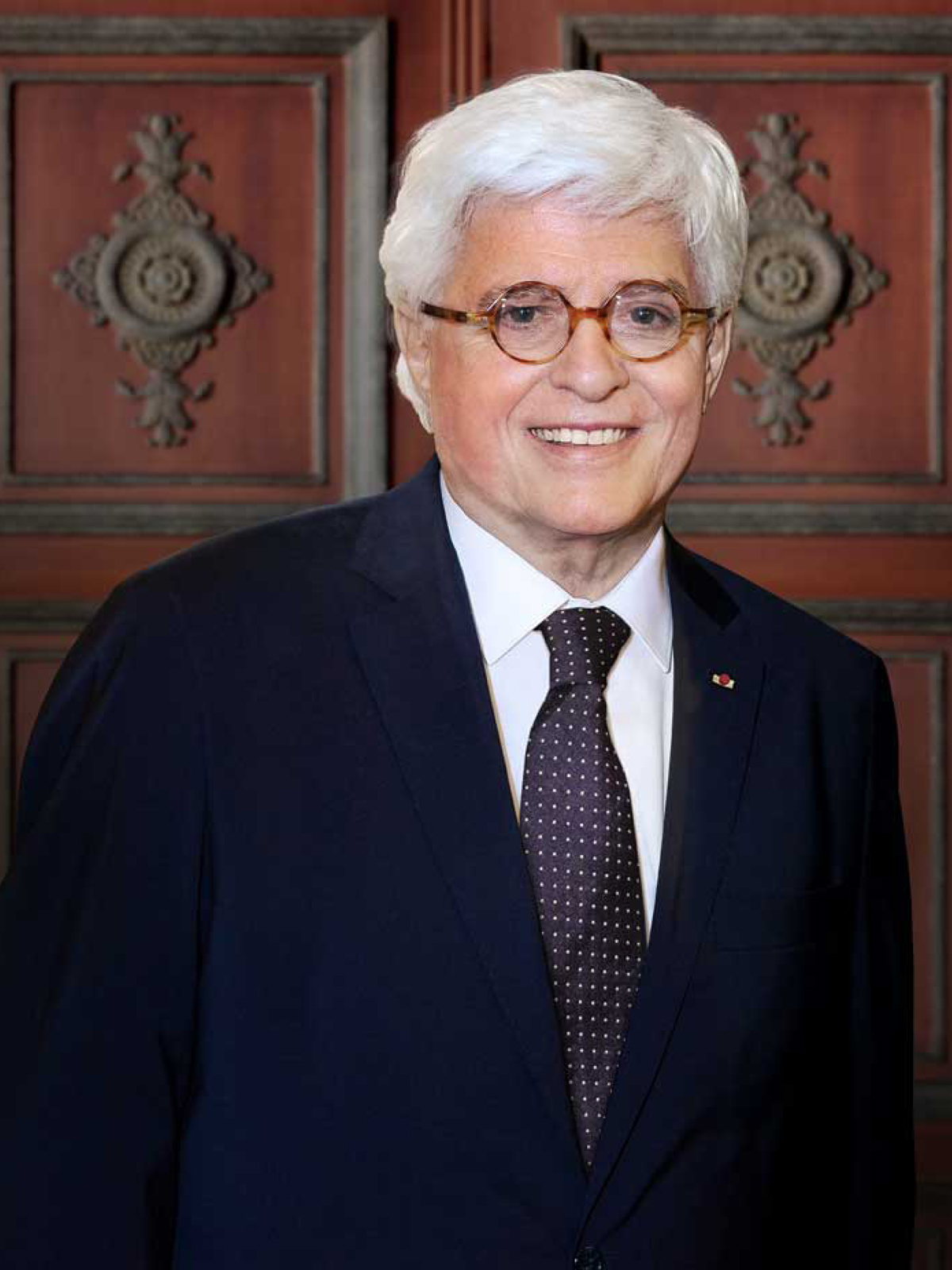 In all discretion, the decorator connects projects in Paris, London, New York. Famous for its hotels, it is also in great demand for extraordinary private houses. Jacques Garcia has been working for 25 years in his agency located opposite the Tuileries Gardens with a team of thirty people. Fascinated by the art of the 17th and 18th centuries, passionate about history, Jacques Garcia is an ambassador of decor.

For Beaumarly group, he designed LE CAFÉ RUC located in front of the Comédie Française. He designed the Caré Ruc as “a theater home”, a restaurant where you can feel good, with friends or family.

An emblematic place of the Golden Triangle, Jacques Garcia also signs MATIGNON restaurant restaurant for the Beaumarly group: chainmail, mirrors and woodwork adorn the walls while the muffled lights infuse the place with sensual modernity and insolent refinement 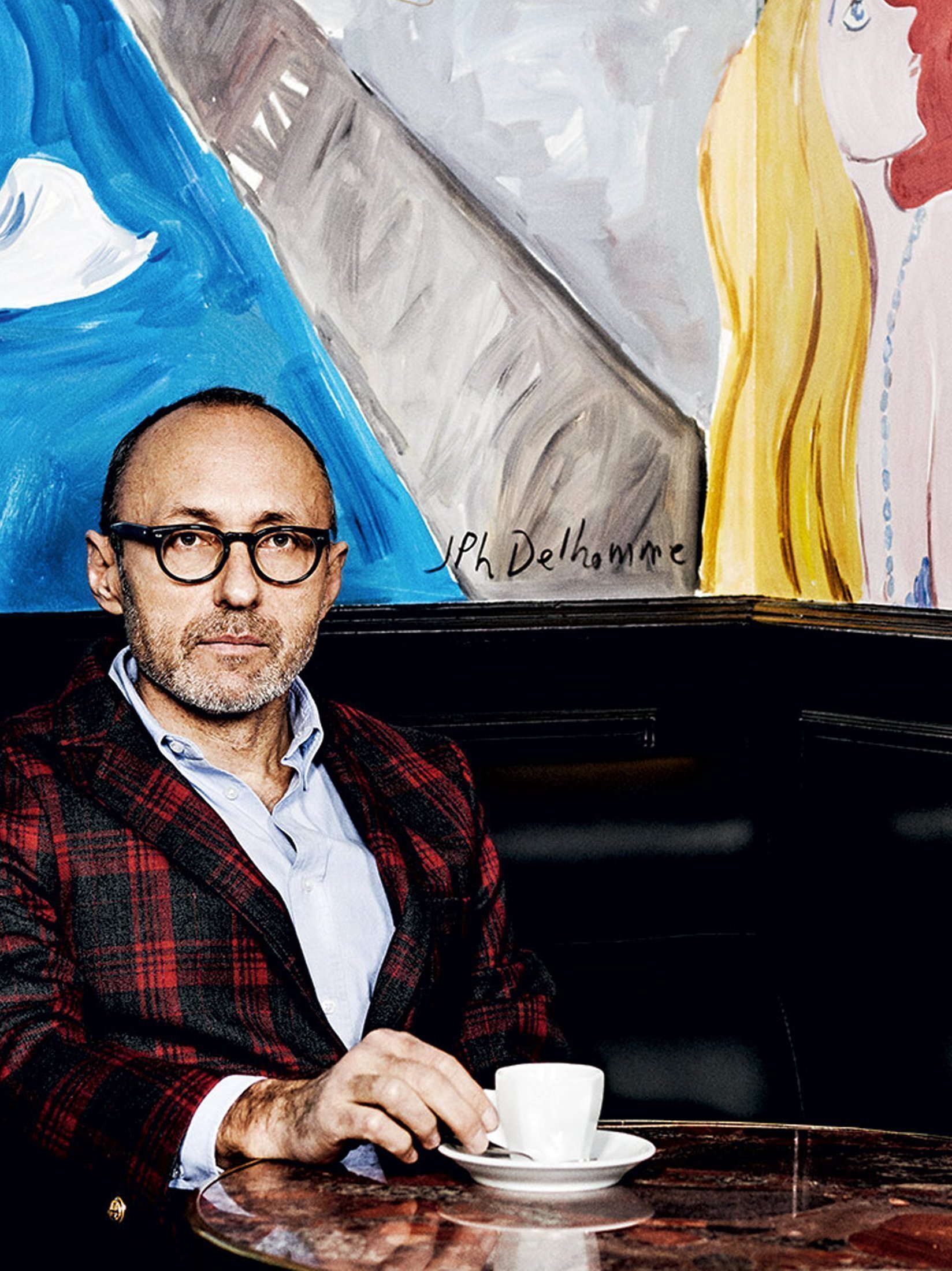 An illustrator, author and blogger, Jean-Philippe Delhomme graduated from the École Nationale Supérieure des Arts Décoratifs and began working with the press at an early age. From English Vogue to Glamour Paris, the artist has been observing and sketching with phlegm and humor the fashion world and the trendy society of Paris and New York for thirty years. As a chronicler of contemporary culture, Jean-Philippe Delhomme uses gouaches and colored pencils to create dense and colorful images. His illustrations are not very detailed, but they are dense and set the scene: the artist tells of the atmosphere. For the Castel, Jean-Philippe Delhomme pays tribute to this mythical place in a fresco that evokes the Parisian night, its fantasies, its times and the pleasure of conversation. This fresco echoes the rather literary place that was the Castel with “people from very different backgrounds, artists and writers (…) but also people of the left, people of the right, sailors and financiers.” 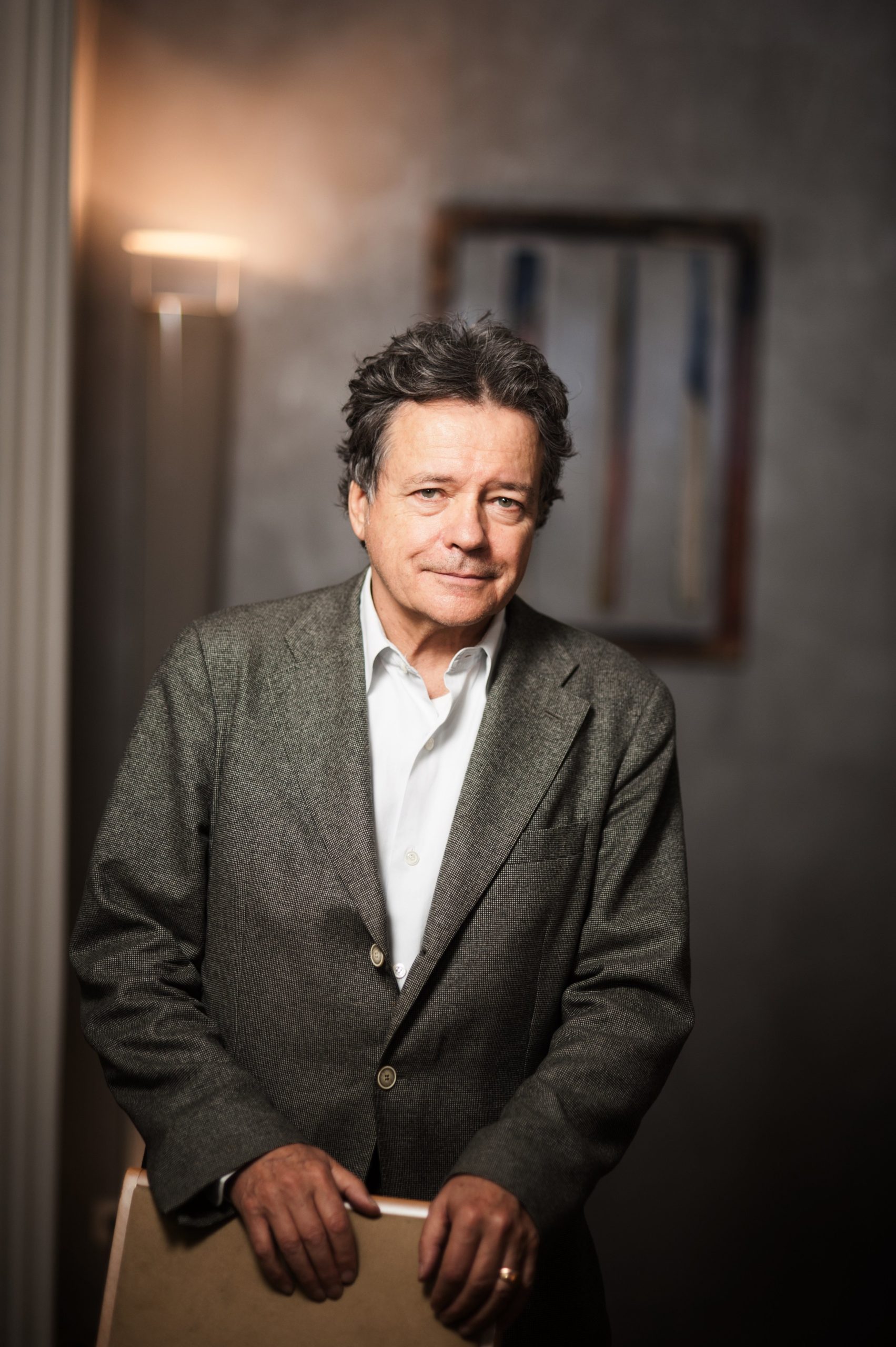 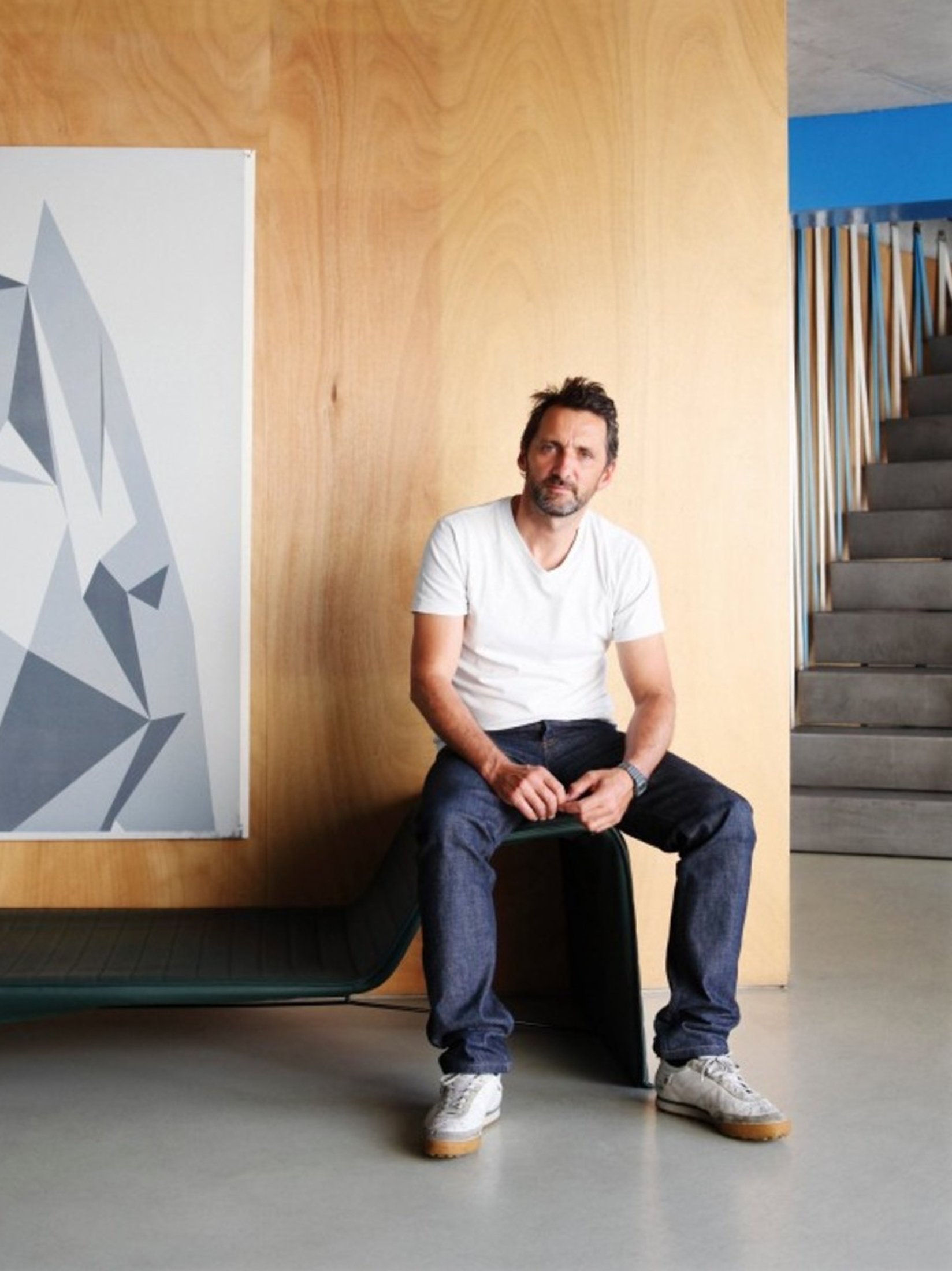 French visual artist with a multiform work, Xavier Veilhan creates sculptures with polygonal facets questioning the universal representation and the concepts of generic and industrialization. Beyond the 3D scanner, the artist also experiments and uses installation, painting, photography and performance in a hybrid way… As a student, Xavier Veilhan was afraid to go to the very emblematic places like the Costes or Beaubourg cafés, where one comes to see and be seen. So when Thierry Costes asked him to intervene at the Café Germain, Xavier Veilhan imagined something ambitious: just like the buildings that are built around a tree, the statue of Sophie crosses two floors, at the same time decorative, surprising and imposing, it creates a link and integrates into the establishment. 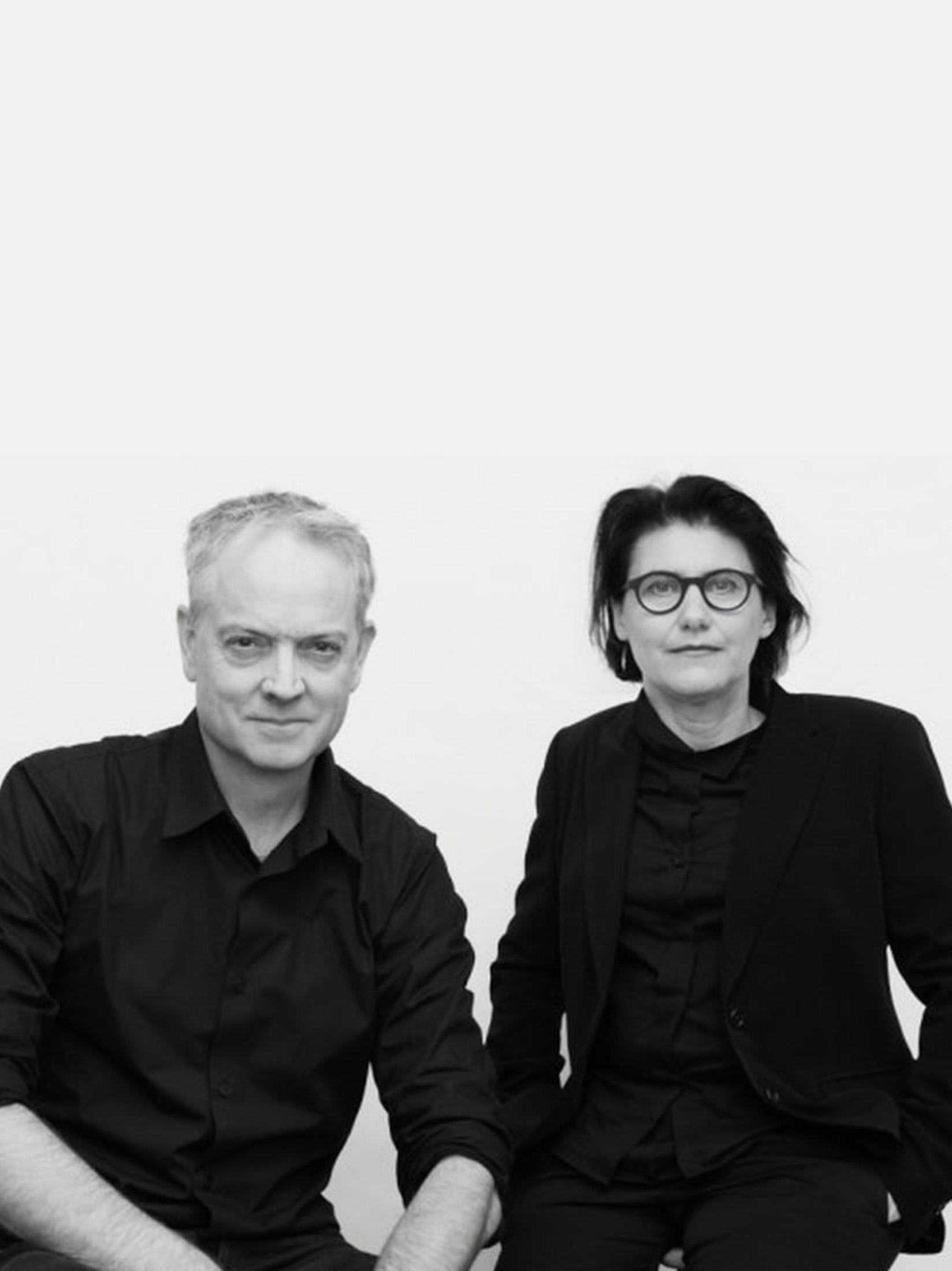 When Gilbert and Thierry Costes called upon Jakob and MacFarlane for the creation of the restaurant GEORGES on the sixth floor of the Centre Georges Pompidou, the two architects, still young and unknown to the public, took up the audacious challenge of making the restaurant exist in a place with a strong contextual personality while managing the 600 m2 of surface. Jakob and MacFarlane propose a space divided into more or less intimate sectors with volumes of fluid morphologies. Jakob and MacFarlane have created a project that plays with and dialogues with contrasts: the container space of the Centre Pompidou and its straight structures coexist with the organic and light alcoves that create the internal space of the restaurant, the space of Georges itself confronts the omnipresent exterior landscape of Paris, and finally, the imposing scenography of the restaurant finds a balance with the refined design of the furnishings. 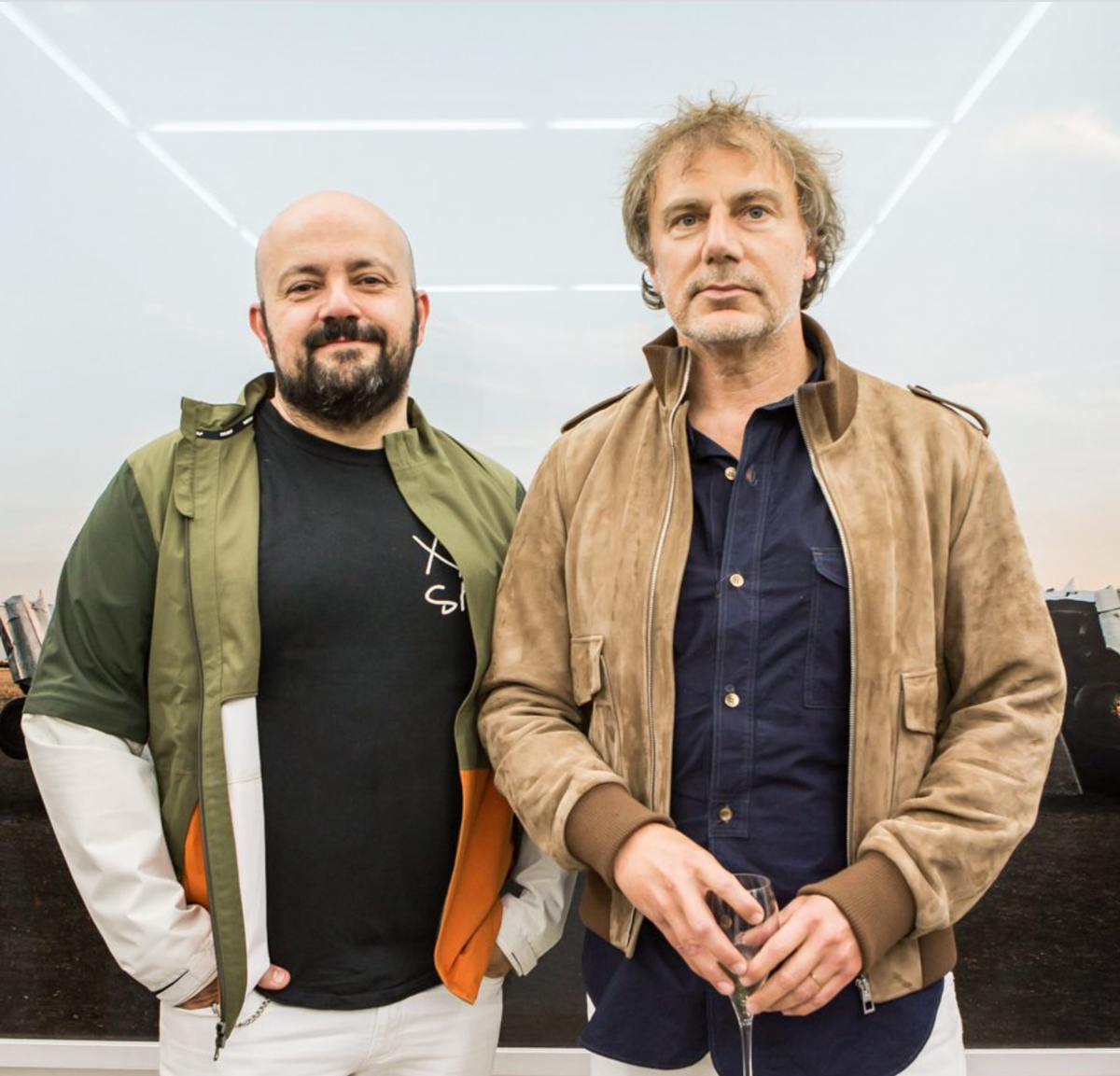 The M/M studio has created the logos for many of the group’s establishments, including Beaumarly. 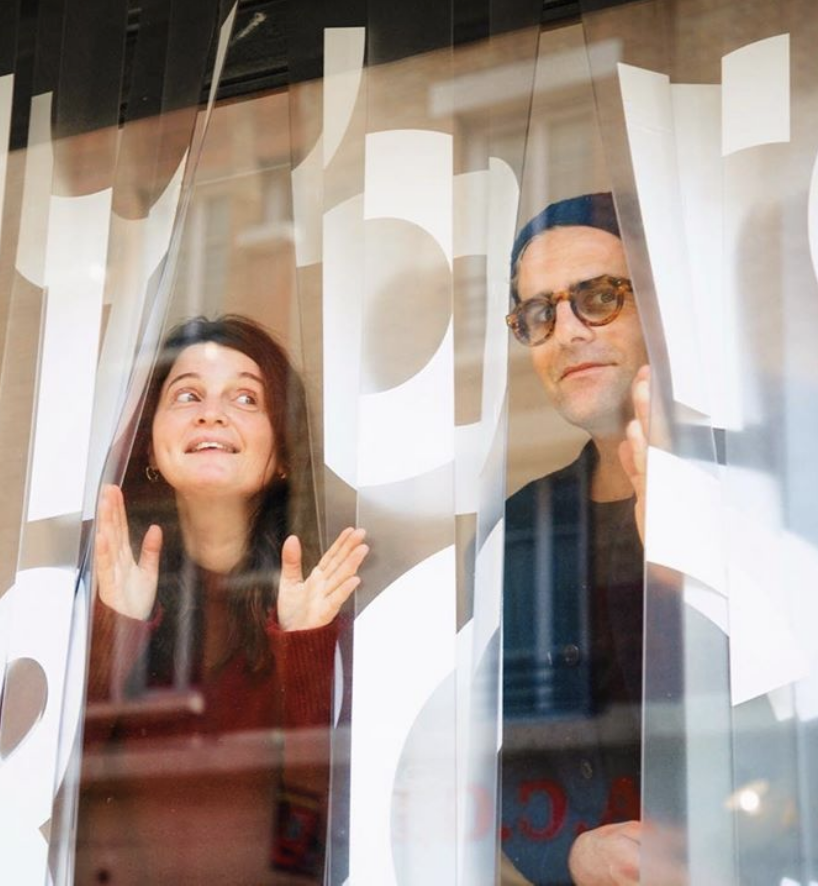 designs the visual identity of the restaurant LES JARDINS DU PRESBOURG, opened at the end of 2019.

Yorgo & Co is a multidisciplinary creative studio founded in Paris and directed by Yorgo Tloupas. The team, led by studio director and co-founder Emmanuelle Beaudet, provides clients in all fields with design and communication advice, balancing creativity and rigor. The studio works on the collective visual landscape: logos, campaigns, digital content, books, signage, magazines, fonts with the goal of designing a (better) future for the public and brands.

Yorgo Tloupas is a renowned art director and logotype specialist who works with luxury, art, fashion, sports, media and automotive brands. Author of the latest commercial campaigns for Omega and Loro Piana among others, he designs visual identities for brands such as Ricard, Martell, Artcurial, Lacoste and Hôtel de Crillon. As a magazine creative director, he has directed GQ France, Intersection, BeauxArts, Libération and many others. He launched and currently directs Vanity Fair France. He teaches logo design at Penninghen, IFM, SciencesPo Paris and holds conferences and lectures around the world. Involved in Black Crows skis from the start, he has accompanied the brand in its growth, both as a shareholder and as design director. 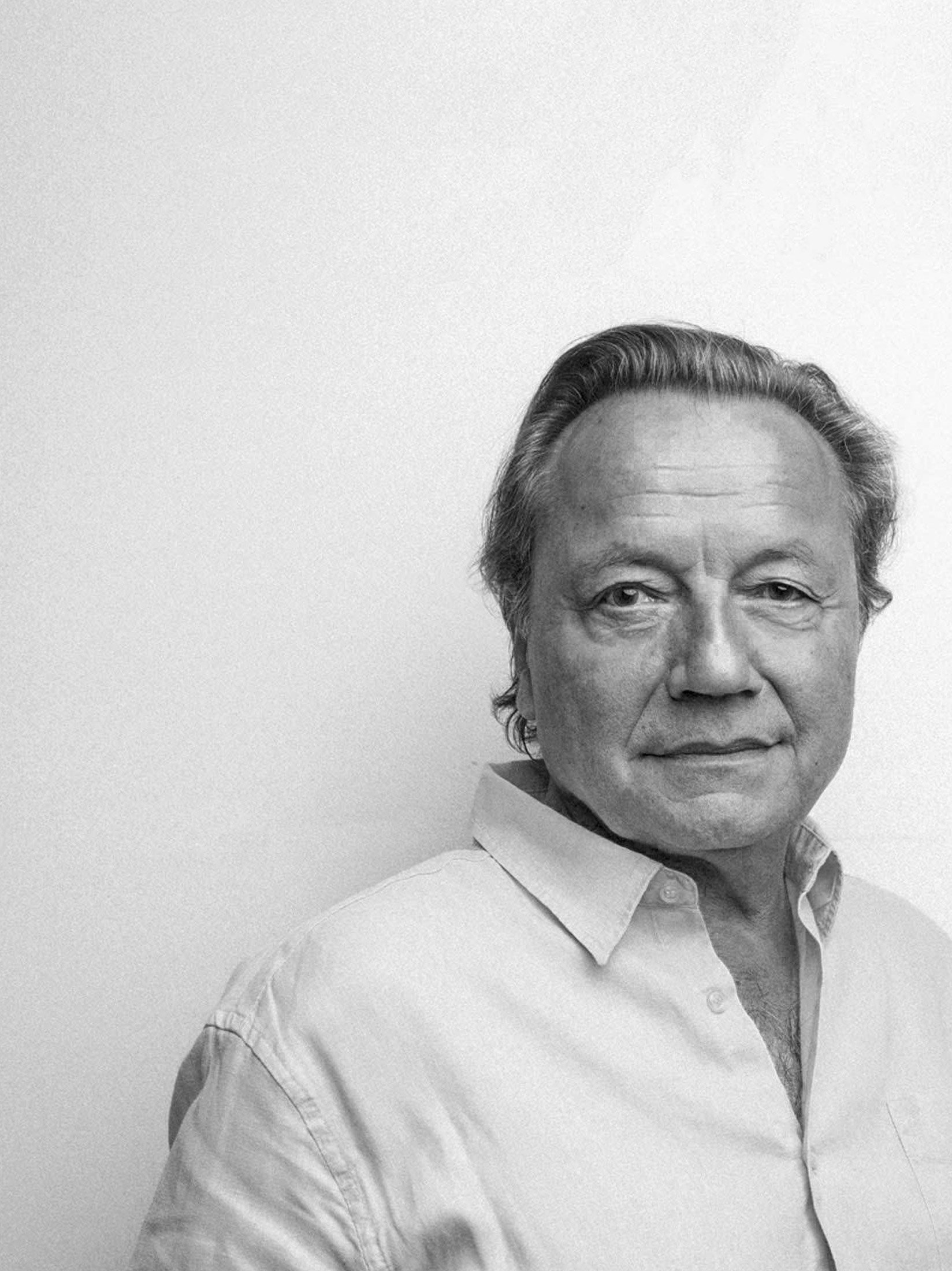 In 1994, Gilbert Costes called on Olivier Gagnère to decorate the CAFÉ MARLY at the Louvre Museum. The designer designed all the furniture and lighting for the establishment with his own signature. Olivier Gagnère proposes a sumptuous atmosphere that echoes the Marly, its wooded and classified living rooms and the majestic arches that shelter the terrace.

A self-taught and eclectic artist, Olivier Gagnère is a glassmaker, ceramist, cabinetmaker, interior architect, decorator and designer. Born in Paris to an antique dealer in 1952, he developed a passion for the decorative arts and gradually his neoclassical style began to stand out. Nurtured by his many travels around the world, Gagnère’s style is culturally rich, eclectic and assertive. He combines modernity with ancestral techniques and his works are recognized for their balance and originality. 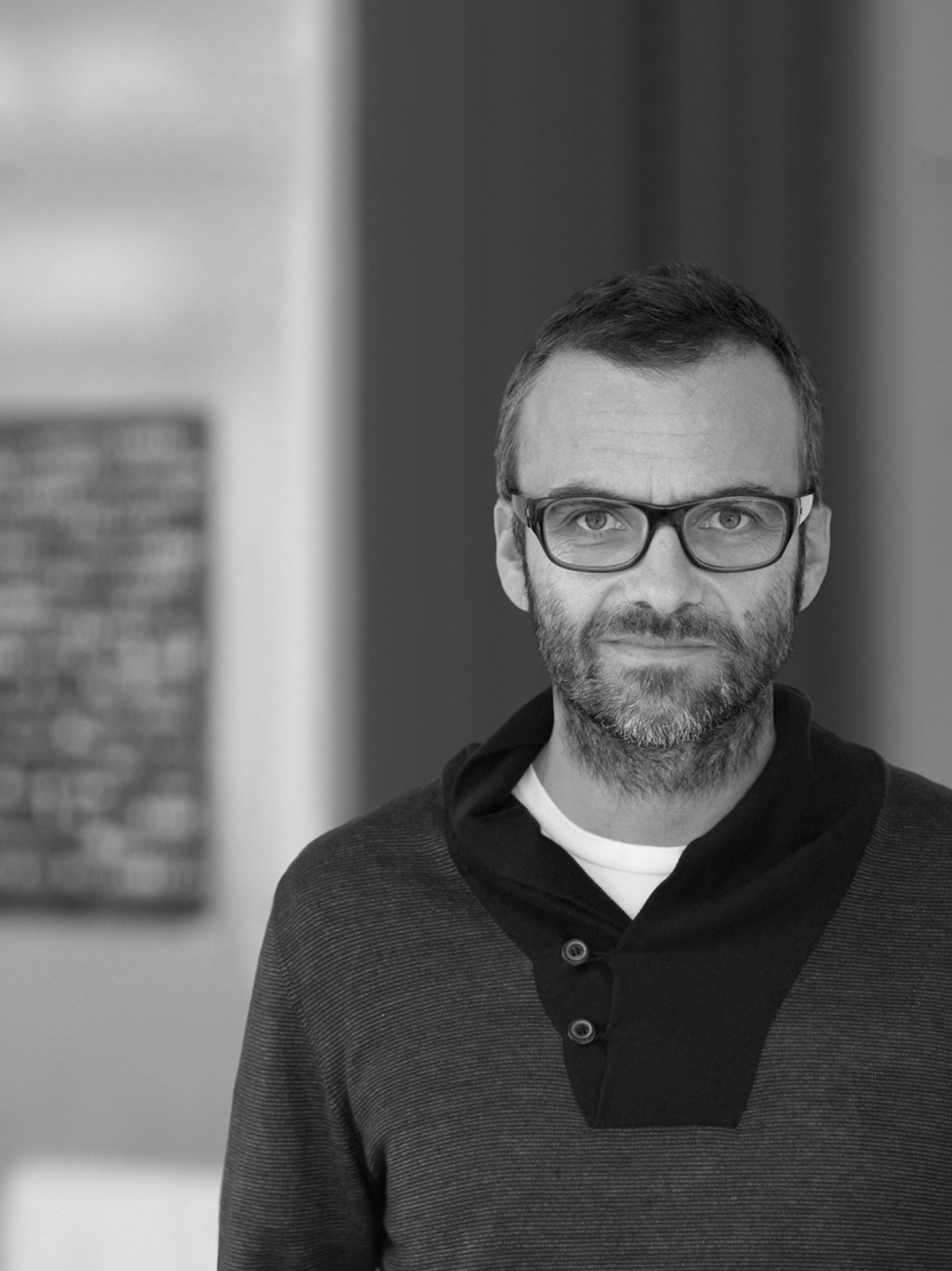 Robert Stadler and Thierry Costes began working together on the Corso Trudaine: the designer imagined a surprising bar, coral colored and out of step with the classic bistro style of the place. Then Robert Stadler collaborated on several Corso addresses, starting with the furniture elements of the Franz Litz, which avoided the pitfall of an overdesigned place where the client would feel like an outsider. In his lamp designs for Corso, Robert Stadler questions the status of the lamp object as such. Then in 2011, he designed a chair with simplified manufacturing, and therefore with a more interesting manufacturing cost while Thierry Costes initially proposed to customize the Thonet chair N°14.

Collaborating as much with artists and contemporary art galleries as with luxury brands or consumer products, Robert Stadler erases any hierarchy between Duty Free projects – as he calls them – and industrial or public commissions. He questions the status of the object and explores the exhibition space in order to thwart the usual categories between art and design: Robert Stadler is a multidisciplinary artist. 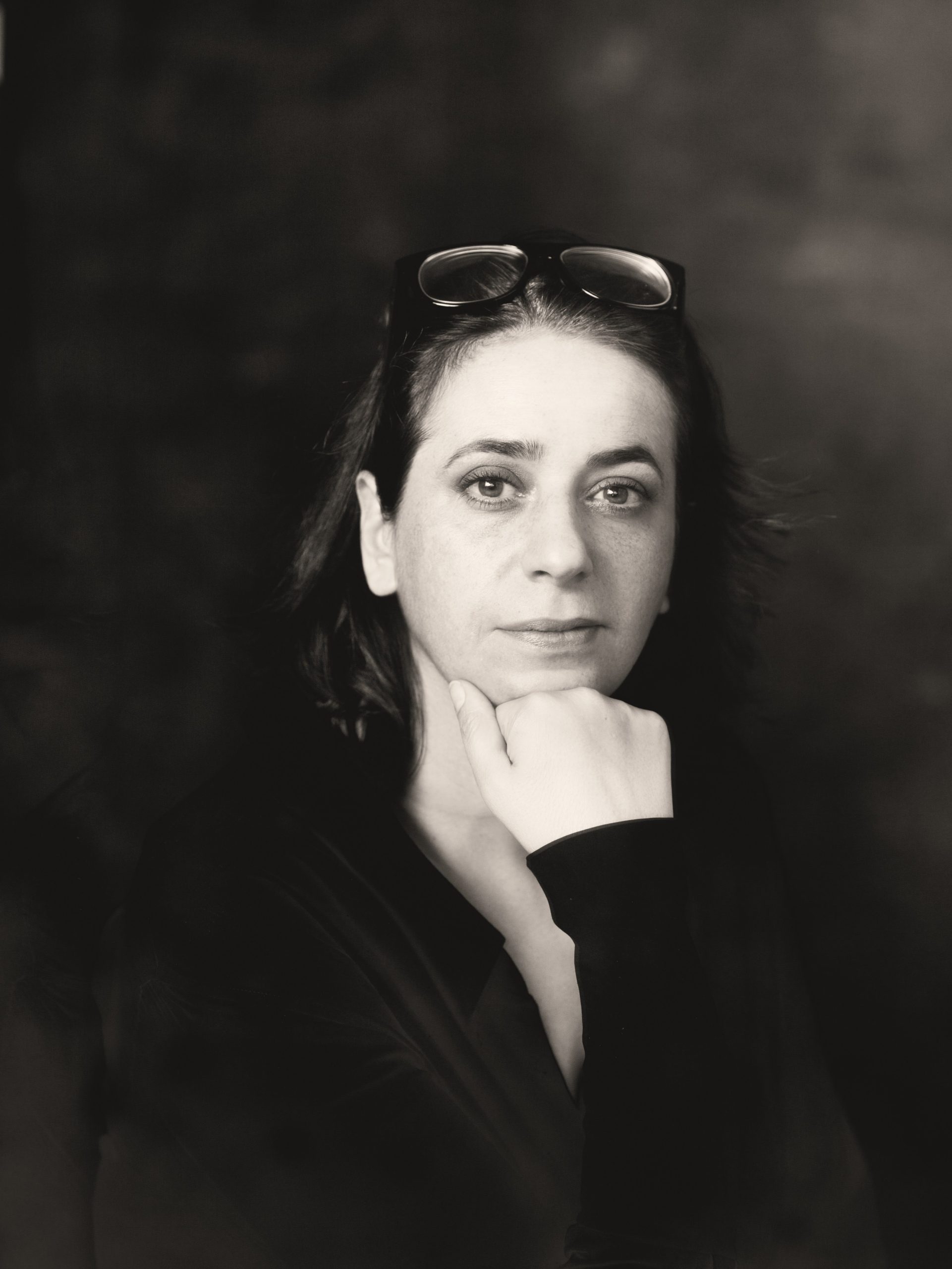 French architect, designer and scenographer, India Mahdavi imagines colorful projects with soft and playful forms, in France and abroad. Influenced by cinema, design and art, India Mahdavi creates polychrome universes exalting nomadic culture. India Mahdavi and Thierry Costes met in 2001 in New York and exchanged ideas on the Apt. (for “Apartment”) that India had imagined for the restaurateur Jonathan Morr. Eight years later, Thierry re-contacts the architect-designer to propose working together on the GERMAIN project, then on the PARADISIO. Several collaborations followed, with establishments such as the THOUMIEUX but also the CAFÉ FRANÇAISs: both speak of “simultaneous desires” and “obviousnesses in the development of the projects”.

No comments to show.